Thoughts and feelings about the full moon day on Good Friday 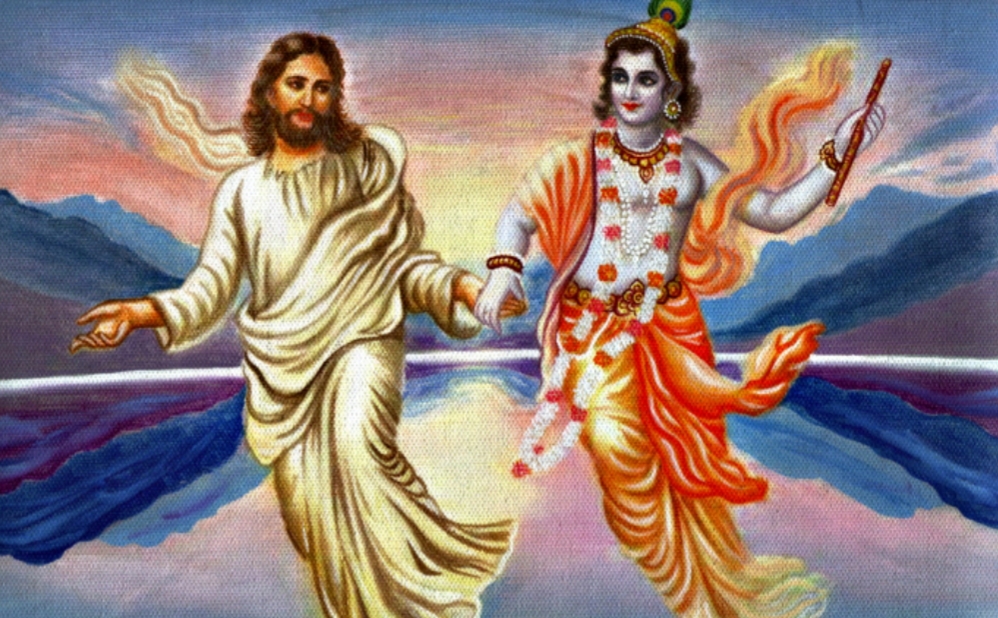 Today is Good Friday in English – Goodfriday. This day has always been a special day for me, a good day. Jesus died this Friday more than 2,000 years ago on a full moon night for the people. He sacrificed his life for love and truth. He has not hid with his faith and views, but has confessed to love and faith in himself and in his Father (Jahweh) God, and has thus “paid” for it with his life – for us, as friends who even slandered him on the day of his death. for fear of being convicted as revolutionaries of the “New World” in which not religious leaders or politicians should have power, but in which love and faith in themselves and humanity should be at the forefront. “- Love your neighbor – like yourself ” , this should be the only and new commandment for all. – This is God’s kingdom on earth and requires no religion, no politics, no weapons and wars to defend, because everything could simply work if every person orients himself to love, to compassion and helpfulness, to sharing joy and happiness. and abundance, but also grief or fear, and care for one another instead of just thinking of oneself and accumulating wealth and power. This was Jesus’ teaching, and for that he even died.

END_OF_DOCUMENT_TOKEN_TO_BE_REPLACED 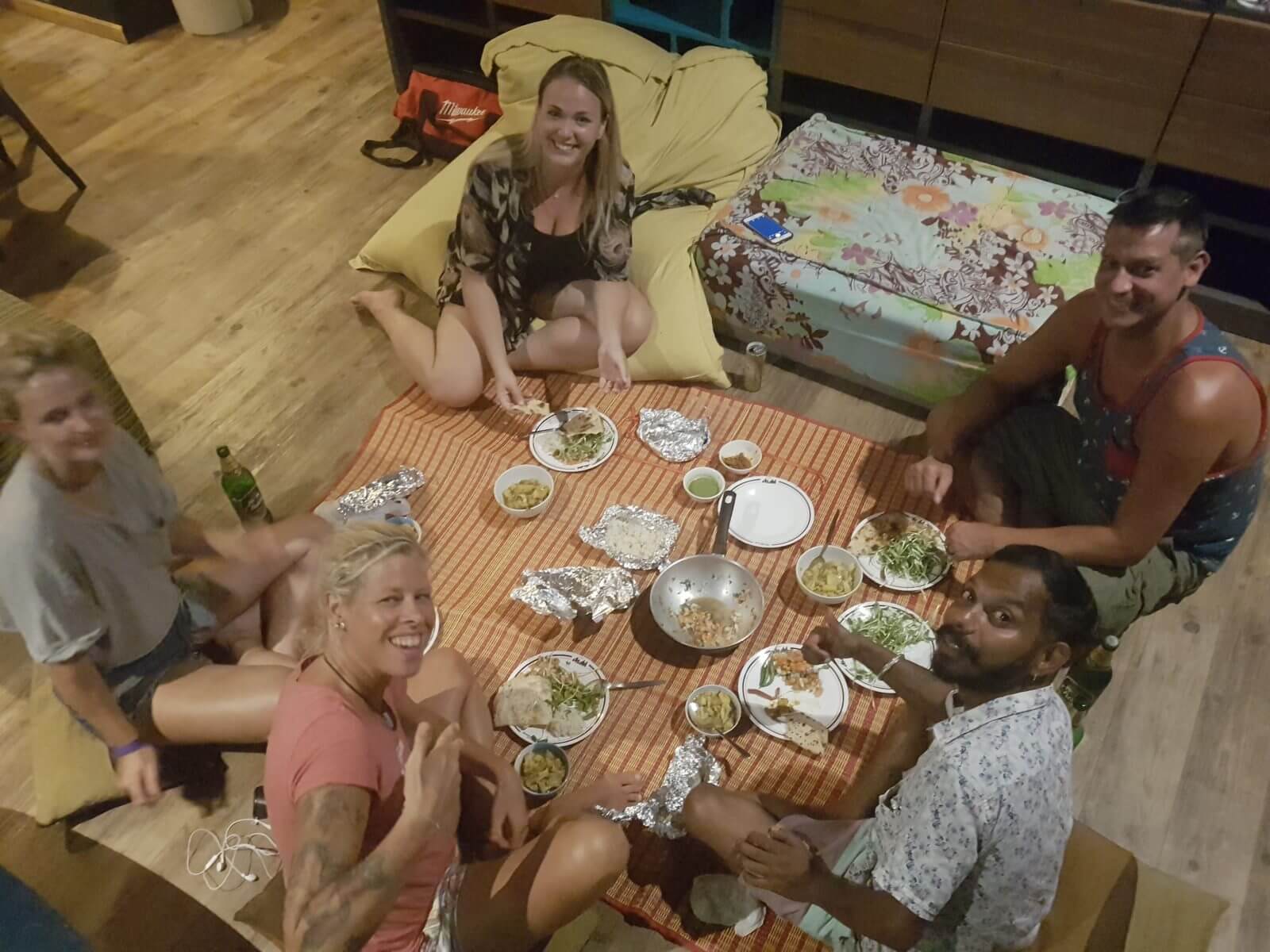 this and that Title was created by my dear friend Debbi told me that I will soon be blogging my next country of travel – Thailand. She thought the travel tips would be all well and good, but so impersonal, and I should tell you about “meetings”.

too this is a new claim for me, a challenge to become more personal, and to tell the readers what I am personally so happened on my travels. In part, I have the yes already done in my last blog by referring to my Tantra-Yoga experience.

END_OF_DOCUMENT_TOKEN_TO_BE_REPLACED 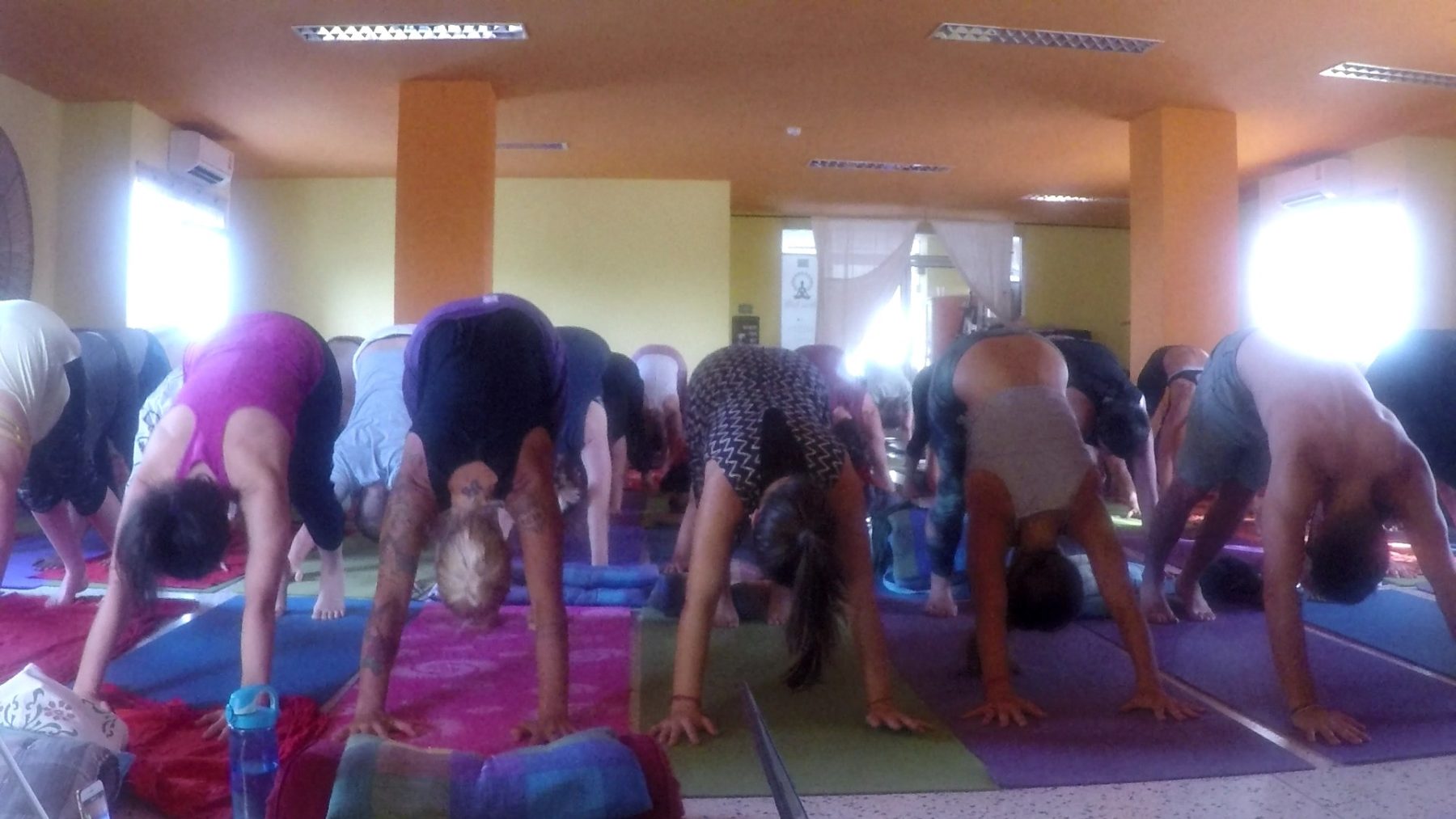 After these now over 4 weeks, I feel completely overwhelmed and deeply touched but at the same time enormously energized by what I do here in Chiang Mai at Mahasiddha Tantra-Yoga School ( https://tantrayogathailand.com/).. And that’s just the beginning. My affirmation (see above) is to live and practice what I have learned here every day.

I didn’t know exactly what to expect with this course. As a “Western” woman, I didn’t know much about Tantra. Had a negative touch for me because I as a masseuse and body therapist often got annoying calls about doing Tantra massage with “Happy Ending”. I used to be annoyed about it and thought – is everything clear in my homepage what I do, so why this annoying question? Many people think of the word Tantra as sex, with a spiritual aspect, or think of Tantra Massage, which is offered in this country as a kind of erotic massage. But Tantra can’t be reduced to sex any more than yoga can be reduced to a sport. Because Tantra and yoga can and are much more.

END_OF_DOCUMENT_TOKEN_TO_BE_REPLACED

The Philippines consists of more than 7000 small and larger islands. Since I have “only” 3 weeks and want to get to know at least a few of them, I decided for the area Cebu, which belongs to the Visayas. I reached Cebu City from Singapore via Manila (capital of the Philippines) with Cebu Pacific. Unfortunately, I can’t say much good about the airline, because every flight I flew with Cebu Pacific (3 flights) was delayed, every time over an hour. There was also a lot of savings in the service. Even with the water you have been greedy.

Since I am on vacation and in chill mode, I wasn’t particularly excited. – Why, since my attitude in everything in life is that everything is right and good, as it is and there is always a reason for everything, both large and small.

First of all, I would like to report how dear and especially the people are here. One is greeted almost everywhere (especially outside the cities) with a warm smile and “Hello”. All the children wave to you and rejoice when you can speak a few words with you.

END_OF_DOCUMENT_TOKEN_TO_BE_REPLACED 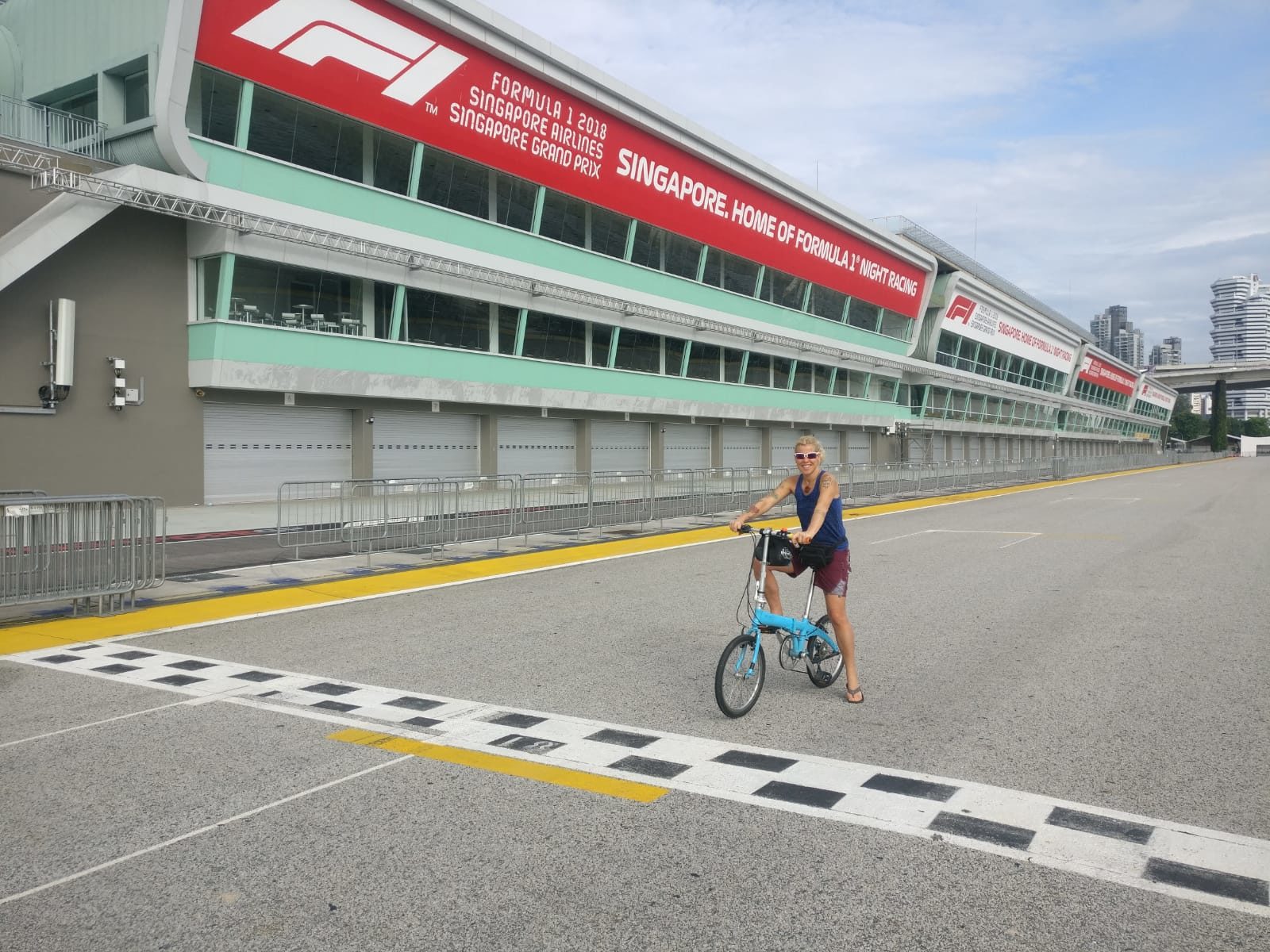 Since I have learned from my last trip to always have a “further travel ticket”, otherwise you may not be able to fly or not enter, this time I not only bought a one-way ticket, but immediately thought about where I want to go and I set a route like this and picked out the best flights via Momondo and Opodo. With a small additional fee I then chose flexible tickets, so that I may be able to can change the times.

First destination Singapore – named after the animal that first met the explorer, as my guide has told me. – Singa is the lion and Pura the city (derived from the ancient Indian Sanskrit of Simha). So City of the Lion. At Singa, however, I had to think of Thai beer – Singha. Also this means lion, well like so many breweries, – Löwenbräu, Lion (Sri Lanka). 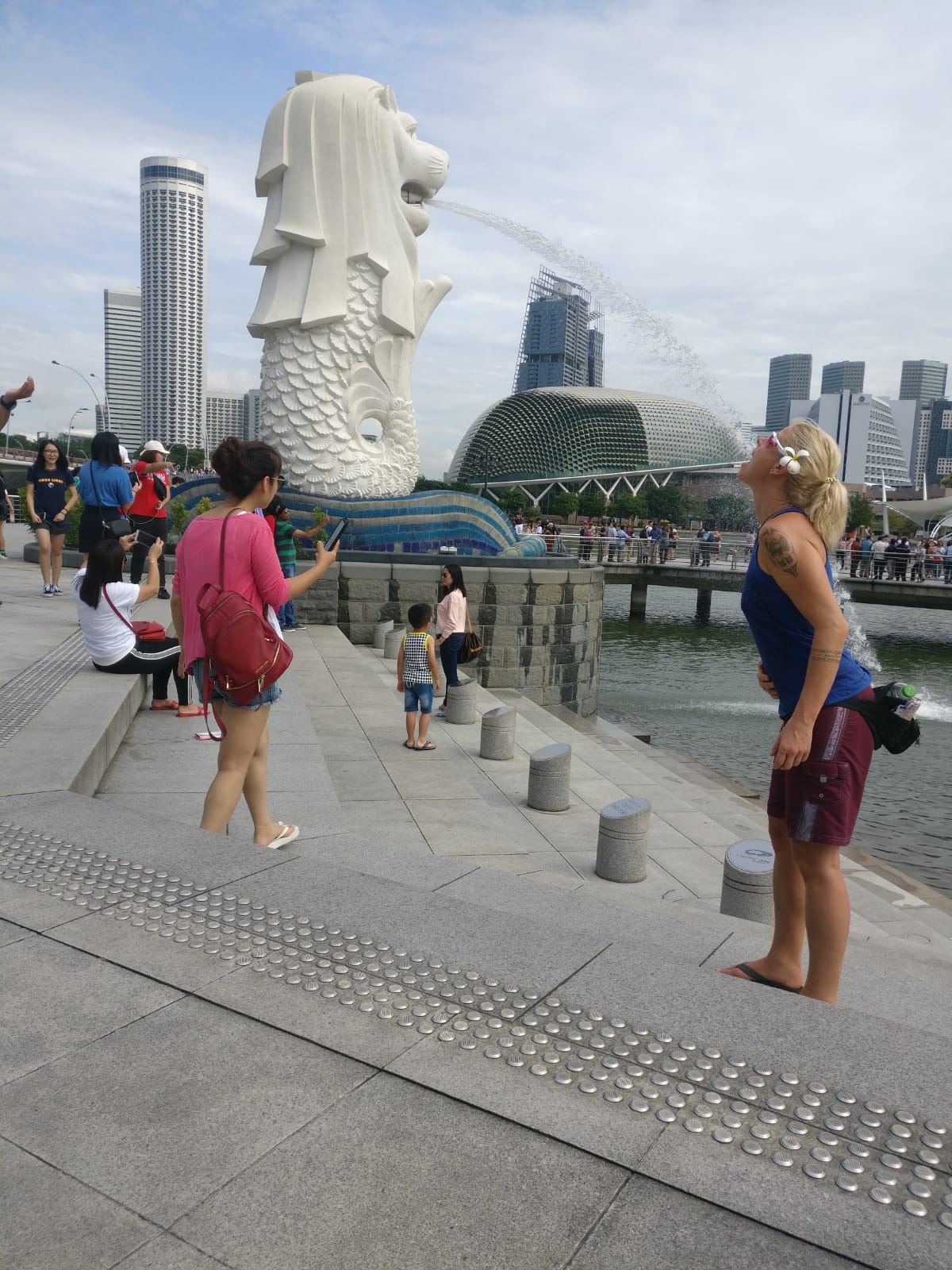 The Merelion, landmark of Singapore – A mixture of Lion (lion) symbolizing strength and Mermaid( Mermaid) which shows the connection to the sea

It’s December and rainy season here. That is, It rains properly at least once a day. Since it often rains in the afternoon, I took right on 2. Day morning a sightseeing tour by bike booked at “Lion City Bike Tour” – Jeff the owner and guide was really worth the money (43 euros). He travelled with me all over Singapore to the different neighborhoods to tell me the story of this city-state (besides the Vatican and Monako the only 3 city-states).